Ultrasound cavitation, slimming herbal wraps, vitamin / lipolysis injections that supposedly dissolved fat - the list goes on. There are many lipo-alternatives but light therapy is the only truly non- invasive method of fat loss, with the most user friendly treatment process and zero downtime. Red light waves really broke new ground in the world of fat loss when 635nm waves were proven to create lipolysis in fat cells, draining toxins out of the cell in such a uniquely safe and effective way.

Let's take a look at some studies that show how red and near-infrared light therapies have been proven to help reduce fat, and the science behind it.

PSSST - If you've already been introduced to this information and you've arrived here just for the protocol, you can scroll down to find "FAT LOSS PROTOCOL" below!

... In 2015, a team of researchers from the Federal University of Sao Paulo, Brazil tested the effects of near-infrared light to 64 obese women who were randomly assigned to one of two groups.

Each group had different exercise regimes:

Both groups underwent exercise training 3 times a week. One group of women received light therapy and the other did not. After 20 weeks the results were remarkable. The women who received the near-infrared light therapy following their exercise routine decreased fat mass nearly at nearly twice the speed compared to the group using exercise alone. This significantly shows how red light therapy can be applied to reduce fats.

In another study 86 individuals used red light therapy at 635nm for 20 minutes every day for two weeks. The study's participants lost close to 3 inches across all body parts in all the body parts. After 14 days, they all posted an astounding 3 inches’ fat loss after red light therapy. Some research has shown that near infrared light therapy can enhance fat loss from exercise, as compared to people doing just the exercise routine, as with the Brazilian study above.

Light therapy treatment is especially helpful with stubborn fat areas where spot reduction is needed. Stubborn fats in the areas we tend to concentrate body fat storage in is hard to get rid of no matter what we do, no matter how we try. Finding a solution to this issue seems nearly impossible. There is a common misconception that doing exercise for that area will decrease the amount of fat, which would seem sensible enough. But in 2003, a study was done where participants three times per week for 12 weeks did about a thousand (1000) resistance activities on a leg press machine. The participants were made to do the research on just one leg and left the other leg untouched and unexercised. The result was that the participants lost 5.1% of their body fats but amazingly, the loss didn’t come from the fat tissue in the leg. There were no differences in the fat mass on the legs after the end of the weeks of training compared to when they started. There was no difference between the leg that did all the exercise and the leg that was not exercised at all! You can do hundreds and thousands of repetitions of exercise for one area and it doesn’t mean that there will be fat reduction in the places wanted, because working a particular muscle does not impact or make any difference on the amount of fat in the fatty area adjacent to the muscle being worked.

That is why Nushape decided to develop the Lipo Wrap! The truth is some specific areas of the body store fat easily and release it poorly. Poor blood flow to an area, combined with cells that are immune to giving up their fats, can make fat loss and spot reduction from "trouble areas" seem daunting if not impossible.

Science shows poor blood flow to a particular area might be the top factor in stubborn fat and slow fat loss, and if that's the case then increasing blood flow and circulation to those fatty areas could be a key factor in unlocking fat loss and spot reduction. Red light and Near-Infrared light affect blood circulation to the area that it’s applied to, enhancing weight loss results by causing a specific fatty area in the body to have all its blood vessels dilated and increasing blood flow to that area. But the greatest achievement red light accomplishes is to cause the release of fatty acids from fat tissue with 635nm red light waves.

Research has shown that LED / LLLTin 635nm waves is effective in reducing body circumference measurements through specific areas of stubborn fat, including the hips, waist, thighs and upper arms.

A related study shows a group of 20 women riding stationary bicycles 3 times per week for 4 weeks. While they ride, 635nm red and near-infrared light therapy is working it's magic, and at the end of the study the women lost an average of 8 centimeters on their waist, hips, and thighs. Meanwhile fats were gained (on the waist, hips and thighs) by another 20 women who did the same exercise without red light and near-infrared light therapy.

Since red and near-infrared light promote and enhance both blood circulation and the release of fatty acids from fat cells, it may very well be the best method and most effective mechanism to get rid of stubborn fat. Under 635nm waves at the right power density, the fat cells temporarily rupture and spill the waste from within the cells into the interstitial layer so the body can dispose of the waste naturally. Getting the right power along with the correct wavelength, and following a certain protocol to help flush the released waste out of the body and not having it re-absorbed by your cells.

To achieve the best results with your Nushape Lipo Wrap, it's simply not enough to drain the fat cells and sit back and relax. Following a specific protocol will help flush the released waste out of your system so the fats aren't re-absorbed by the cells.

Follow these steps for easy rapid fat loss (based on the same steps you would take at the med-spa).

By the way, if you can't exercise to get your lymph moving you can also use a vibration plate OR do an infrared sauna session after your treatment as a substitute. Those are the only two treatments we would recommend using as a replacement to 20 minutes of exercise. 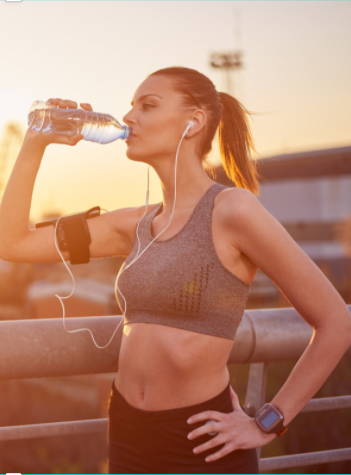 Red light for fat loss is still not a magic pill requiring no effort, but fat loss results obtained from adding red light lipolysis to a healthy lifestyle can make a big difference and amplify your current results in a major way versus a fat loss program without. Stubborn fat from fat areas that are always resistant to being burned off can be whittled down in record time, studies show even twice as fast. The Nushape Lipo Wrap uses a clinical strength power density for effective lat loss treatment. As in the studies above, it uses 635nm waves and also have the added benefits of NIR 850nm waves for general weight loss support, pain relief, and improved cellular health.

The Lipo Wrap has the important added benefit of no EMF danger with a 0.03 percent mg reading - (almost nothing - less than your cell phone). An EMF safe device is important - especially if it's being applied directly to the skin. Check out the bestselling Nushape Lipo Wrap here.